Helsinki-based Black Block, a new studio boasting an assemblage of talent from Rovio, Rockstar Games, Crytek, and Psygnosis, is building a mobile-first, persistent sandbox MMO the size of a city. In fact, Retroit is intended to function much like a real city built by civil engineers who cut their teeth on Grand Theft Auto and Angry Birds.

A massive open world set in an always online, sandbox city, Retroit puts players behind the wheels of a range of vehicles as they attempt various missions, perform a wide range of jobs, and/or perpetrate vehicular mayhem. If no one in GTA ever left their cars, it might resemble Retroit – on the surface. But Retroit will be the first mobile game to feature interactive livestreaming, meaning viewers will be a constantly changing part of Retroit’s society. 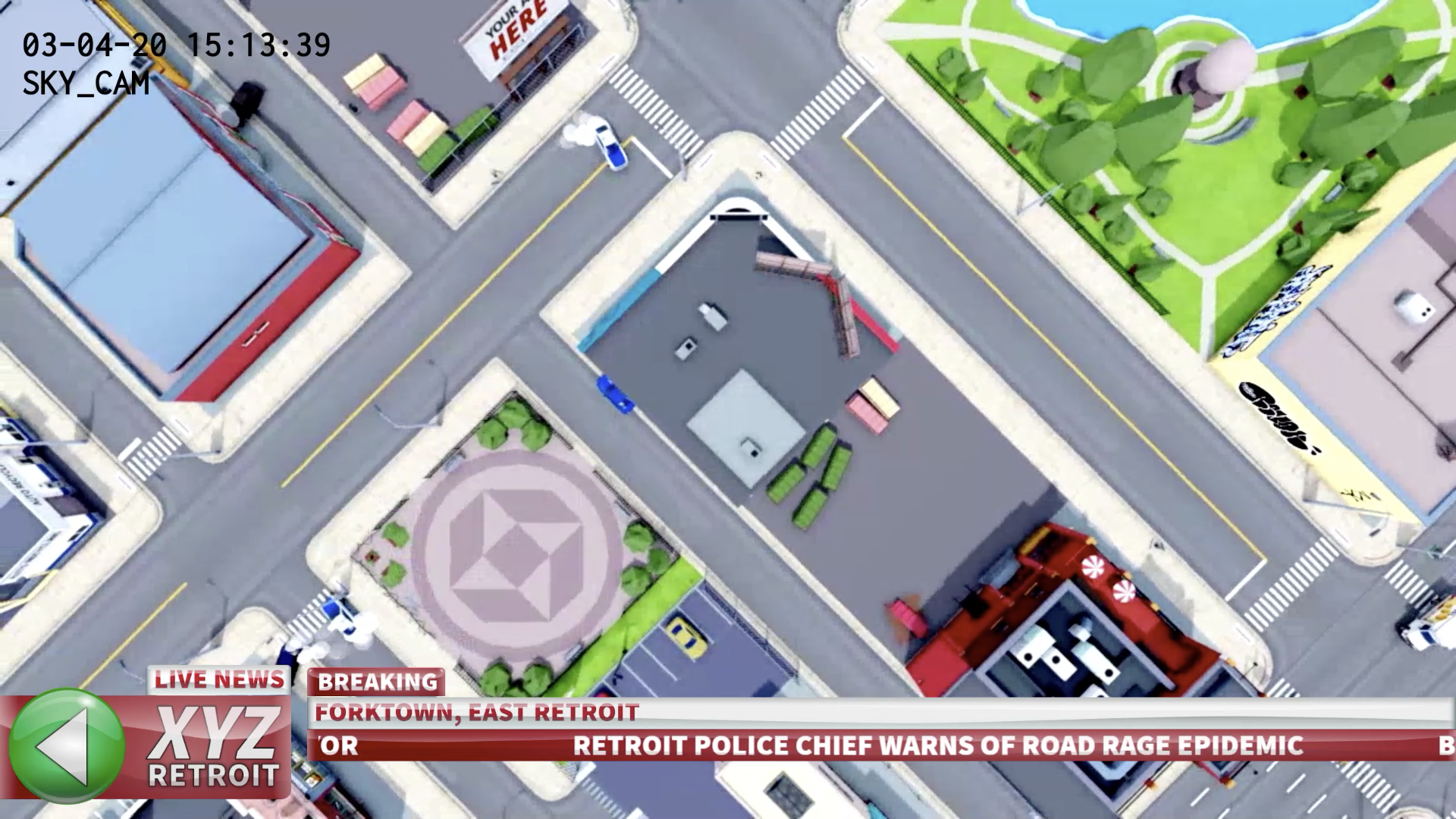 Retroit is in early testing in a few EU regions. “But the fact that livestream viewers on all sorts of devices can play a direct part in the action will mean that the game is in some ways cross-platform from the outset,” Black Block co-founder and CEO Robin Squire points out.

The Retroit team is taking a philosophical approach to the game’s construction, as well as the implementation of the interactive livestream functionality. “It started with the question, ‘If people had real agency in the creation and development of society, what kind of a society would they build?’ – so it’s about putting the power into the hands of players, and on another level, even the viewers, to decide how to develop as a society,” explains Chief Product Officer Paul Kurowski, another co-founder and a GTA dev alum. “They can be the government and the workers. They can make, break, and police their own rules and laws. Will there be crime-infested zones and upscale neighborhoods? We’ll see!” 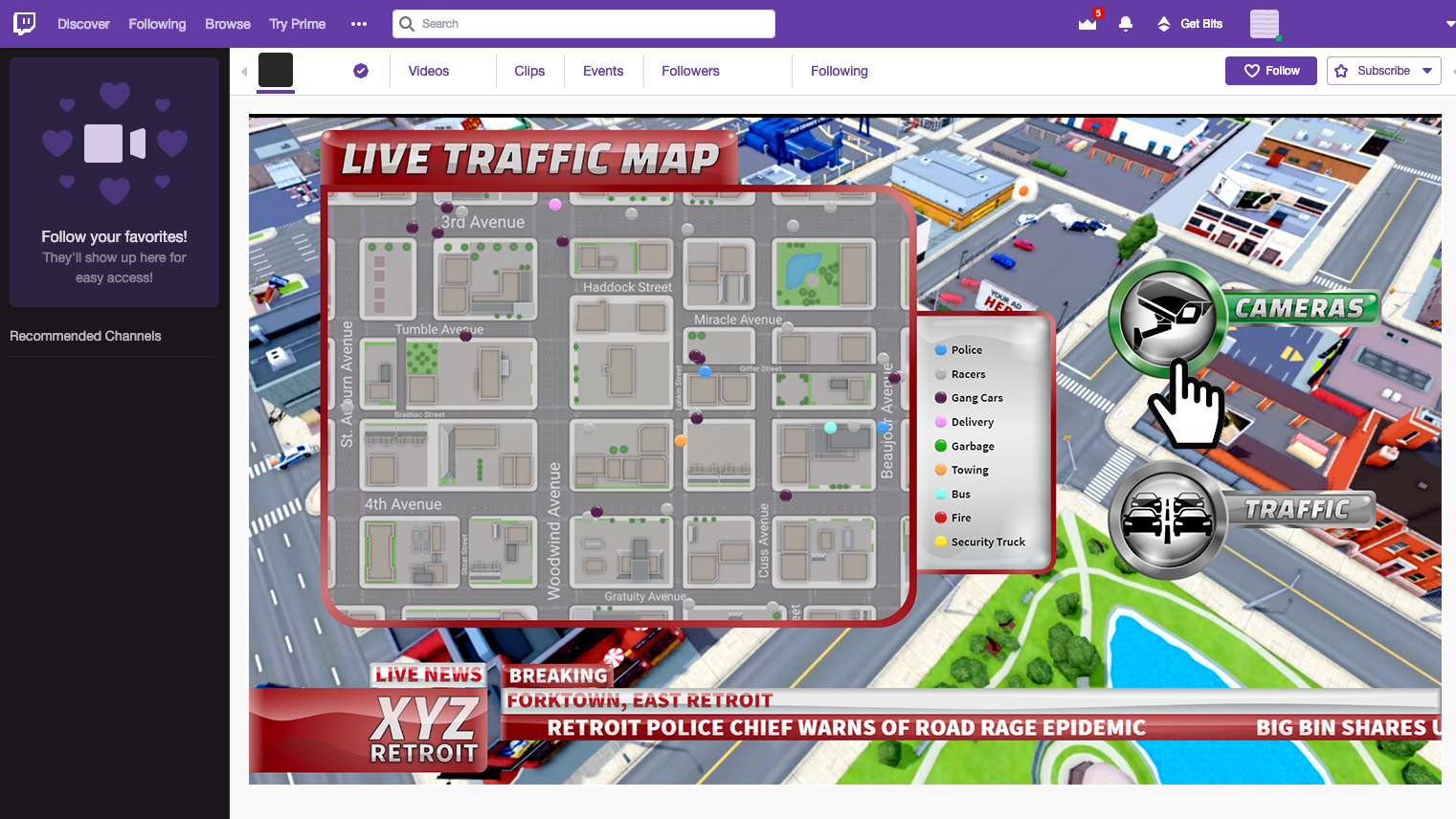 While the team points to The Sims and Sim City as interesting comparisons to, and some inspiration for, Retroit, it’s more of a departure point, with an eye to moving the sandbox MMO genre forward. “The inspiration is 100% the real world,” contends Paul. Adds Robin, “Ultimately we’re trying to build a sandbox social experiment, providing the systems and tools for players to really effect change in their environment and with the wider gamer community – and not knowing how that will play out is what is most exciting to us.”

When asked to compare Retroit to existing sandbox MMOs, the Black Block team points to several innovations. “This is a mobile-first game, so although our ambition is as high as any PC or console MMO, our focus is on the features, systems and designs that make for a really engaging and long-lasting mobile experience,” Robin says. “We’re focused on building an experience that people can integrate into their lives, while still pushing technical boundaries. Our cross-platform approach is also different – we determined to adapt the game for each platform, to make it the best Retroit for every player.”

Livestream viewers of Retroit can introduce items into the game that help or hinder players.

This even extends to viewers, through the integration of Genvid’s tech; the audience will have agency in the game in ways that no other mobile title has ever offered. “We can give viewers a layer of light ownership of the city, so they feel like they have a stake in its development – and ideally, they eventually become players as well as viewers,” Robin says. “And that viewer interaction and ownership can take all kinds of forms, from simply tossing objects with different behaviors into oncoming traffic, to operating a security camera on behalf of law enforcement – even helping to shape the city’s government.”

Paul echoes the sentiment: “We’re building for micro-interactions that players can have in time fragments of almost any length. Because it’s on your phone, you can jump in, cast a vote about something, and jump out. Or complete a mission or two while waiting in a queue. The same applies on the livestreaming side, because with a game this accessible, viewers can have a browser tab open all day, and make a dozen decisions that impact the actual players while perhaps only actually watching for 15 or 30 minutes.” 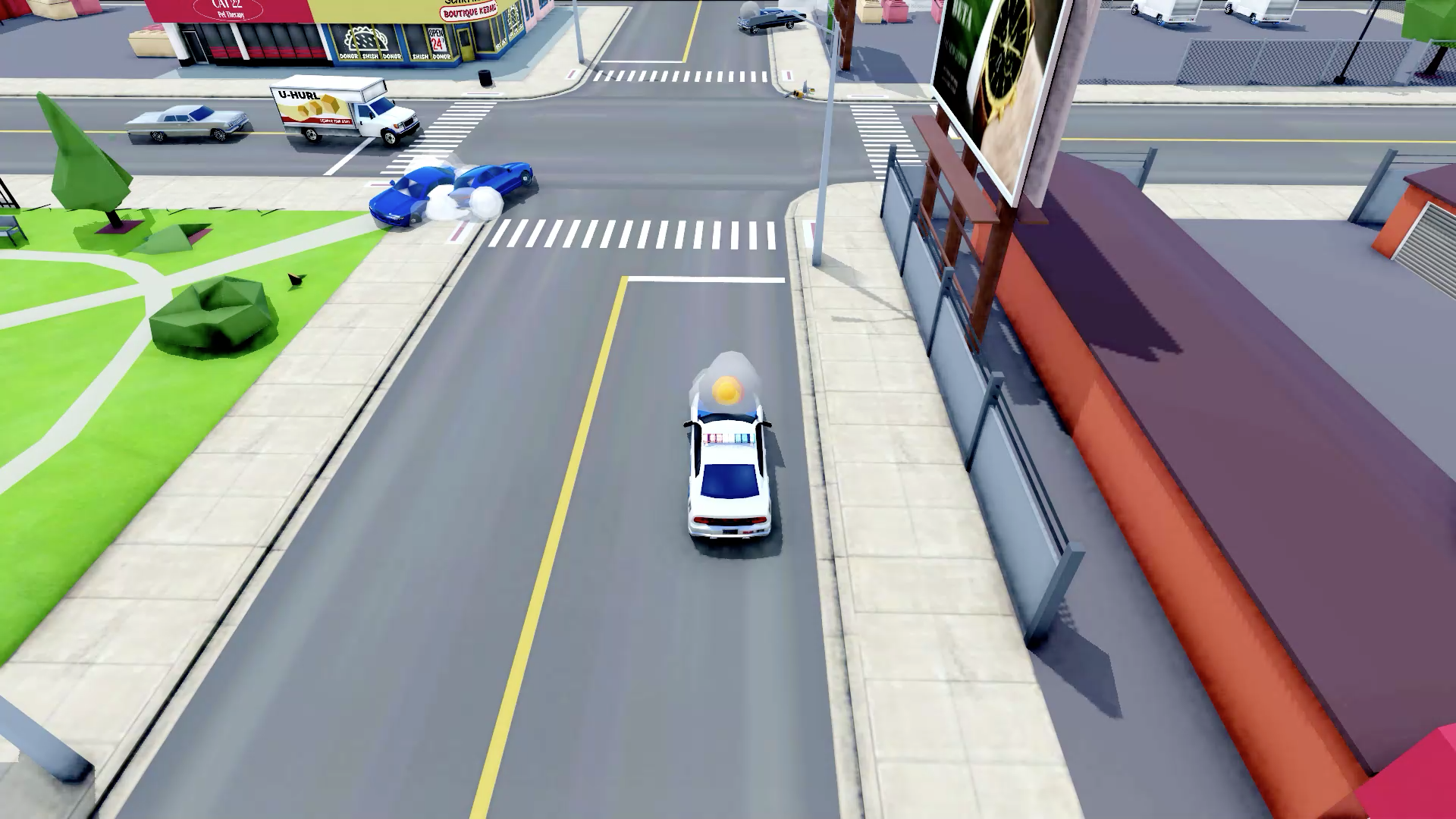 As a team, Black Block is using a variety of tricks to create all the trappings of an always-on, urban environment that seems infinitely deep to players and viewers alike. “For design and tech reasons, we won’t have a real city-sized population existing concurrently in the same environment,” Paul explains. “But by enabling stream viewers to affect the city systems in some ways – both instantly and over time – we’ll effectively have a virtual population significantly bigger than the number of players driving around at any given time.”

When asked to estimate the time and resource savings derived from utilizing the Genvid SDK rather than building similar tech in-house, Robin scoffs. “We could have done it ourselves, but it would have been a longer path – and if we did, it would only have supported one streaming platform, unlike Genvid. But now that we’ve embraced interactive livestreaming as a key pillar of our strategy, it’s seeping into the design philosophy and will grow alongside the mobile experience every step of the way.”